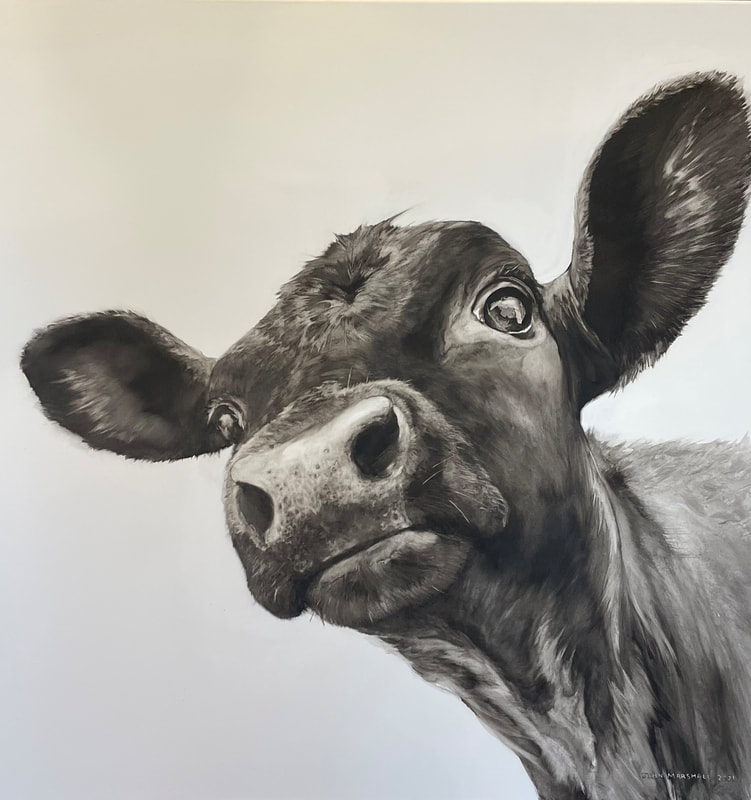 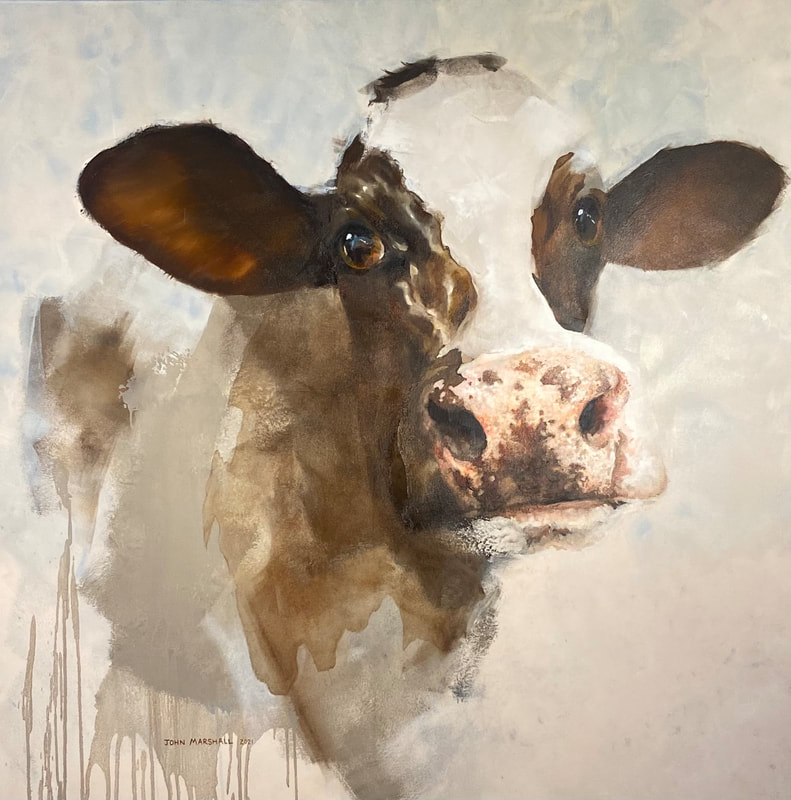 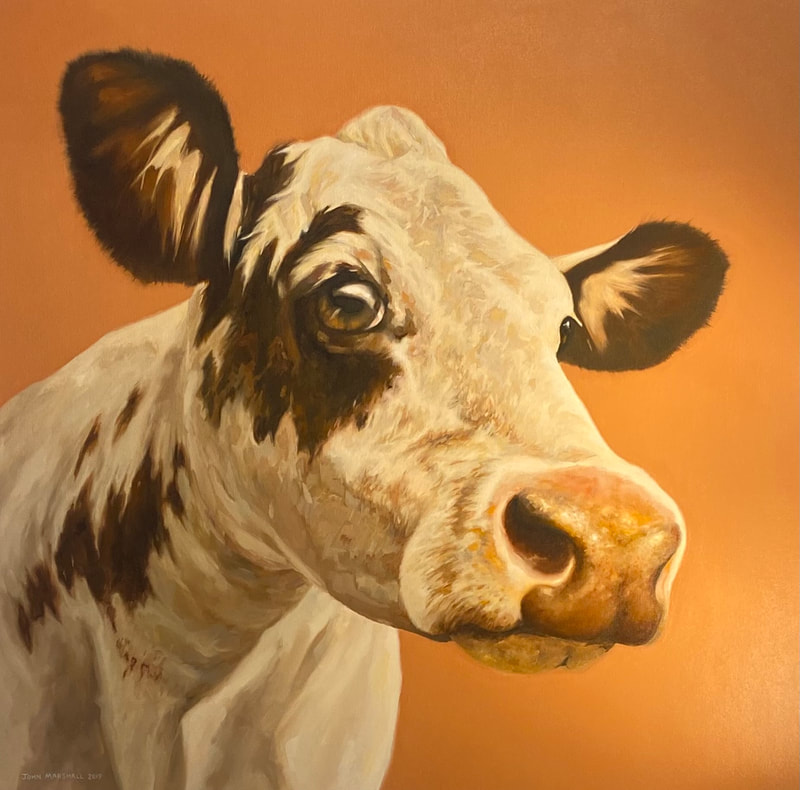 Some art critics may choke on the comparison, but as with the great horse painter George Stubbs's Whistlejacket at London's National Gallery, cow painter John Marshall's Beacon jumps off the canvas at the W Gallery Rye. Almost 250 years separate the two paintings, but they both have plain backgrounds and are in the English tradition.
"People have said that of my work before," says Marshall. "But I think the flat background has given the work my own signature. I quite like the idea of them not being in a landscape. I quite like the joke that they are appearing in your front room."